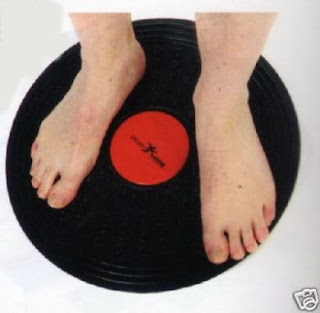 Cor, I've got an excellent show for you this week, even if I do say so myself!

The show will debut on Spiritplants Radio 1am Satutrday night, followed by your second chance to catch it at 10am Sunday morning - come join me in the chat for whichever suits you best (or both!)

Don't forget, you can now catch up with the first three shows, and stream or download them over at the ARCHIVES (Just scroll down til you get to Disco Dichotomy, isn't it?)


Della x
Posted by DJ Dellamorte at 08:22 No comments:

Hello, I will be playing some records over on Spiritplants this afternoon from 1pm-2pm - Lots of new stuff, from indie to reggae to disco to dubstep. Come and join me in the chat and let me know what you think!

The first show is now archived with tracklisting up on the above link also if you missed it first time around.
Posted by DJ Dellamorte at 03:45 No comments:

just confirmed what time the Disco Dichotomy show with DJ Dellamorte (hiya!) is going out

Choose your weapon, I shall be in the chatroom for both, but I’ll probably be more sober on Sunday.
Posted by DJ Dellamorte at 06:53 No comments:

Well, I’ve been sitting on some very exciting news for the last few weeks – I didn’t want to let anything slip before too soon, but this weekend sees my debut radio show on spfradio.yage.net – Please see the website for timings (Please remember the station is based in Boston so my UK and European crew will have to adjust the times to suit!). I’m very pleased to be accepted onto this long-running and open-minded station, and I’m hoping you’ll like what I’ve put together – I’ve tried to put as much variety as possible into one hour. Tracklisting and link to archive will be forthcoming! There will be a chatroom on the site during the show so if you’re listening LIVE then come and say hello – Chatroom massive!