Hey there my friends!

Well, it’s been a while hasn’t it? I’ve not exactly been resting on my laurels however, and I have a few bits of news for you, which, being an efficient and somewhat anally retentive fellow, I shall tackle in point form below.

Last year I dropped a house music mix on my Soundcloud page – It had some pretty good feedback, so I decided to do another. Like the first, it’s fairly short (just over half an hour), but unlike the first, which eased in gently and then went off halfway through, this one doesn’t take any prisoners (first track the exception). Please look below and have a listen or download it – leave me a comment on there (or on my Twitter , or to djdellamorte@gmail.com )and let me know what you think. I hope you enjoy it!

2) This week’s Radio Show on Spiritplants

I did another hip-hop special for spiritplants this weekend – I made the first one last year and it was by far the most popular of all my shows, and, well, I’ve done another! I’ve tried to make it both as accessible and as wide-ranging as I could – plus it’s been made extra extra special by the involvement of none other than the legendary Akira The Don – Check out the ace radio drops he made me! The show airs Saturday 10th March at midnight GMT, or repeated at 12.30pm on Sunday 11th over at www.spiritplantsradio.com – I’ll be manning the chat on Saturday so hope to see you there. Boom! 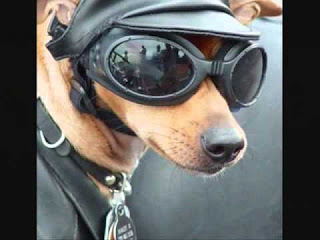 Yours truly has a gig coming up also – on the 16th March (a scant few days after my birthday) in Shoreditch –Details are over here. Come along, hear some awesome tunes, and maybe buy me a drink! Few more events in the pipeline too so I’ll keep y’all posted.